Car Recycling Get a Quote 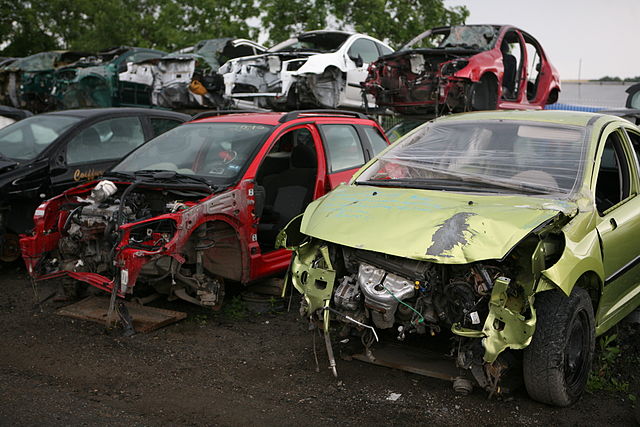 The auto recycling industry is the 16th largest in the United States, contributing $25 billion per year to the national GDP. About 95% of vehicles retired from U.S. roadways every year are recycled; according to the Alliance of Automobile Manufacturers.  And around 12 million vehicles reaching the end of their useful lives each year. So the damaged car recycling business is quite on the rise. Not just in the USA but it’s making big striding in other countries also. Since car recycles and its parts reuse is also providing to be essential for saving the environment, we also started car parts recycling in Newcastle. Quick Cash Car Removals is your nearest and the most reliable auto recycling company, which provides auto removals on the same day.

Auto recycling is becoming a lucrative business. When the customer sells their old damaged vehicles, they earn a noteworthy amount of money. Even the auto wreckers make a hefty sum of money by selling usable car parts and selling the rest of the parts to the recycling industry. So recycling old cars offers a win-win situation for all.

The junk car recycling process does help us get rid of our old and unwanted cars. Sometimes it even earns you big money. However, not all the damaged car recyclers follow the guidelines for eco-friendly recycling. In the process of auto recycling, most of the damaged car recycling business has been found producing hazardous substances. And it violates the very reason for recycling. But unlike others, Quick Cash Car Removals follow all the guidelines for green recycling. So while doing business with us, you don’t have to worry about the environment.

How does auto recycling work?

All the parts of a car or any other auto can be recovered. The recycling rate can get greater than 90% for a typical vehicle. The most recycled parts of a car include tires, windshield glass, batteries, steel and iron, wheels, radiators, transmissions, rubber hoses, carpets, car seats, belts, oil filters, and mats.

Every year, the US generates about 220 million tires with an 80% recycling rate. And this kind of recycled tires come in handy on the pavement bases to make new roadways. Similarly, recycled glass from autos finds its scope in tile flooring, glass beads, porcelain, countertops, and jewelry.

It takes around 10 gallons of oil to produce a ton of new glass. And recycling the glasses from the vehicle can save such an immense expenditure of fossil fuels. Similarly, recycling car batteries also cut the cost of production of new batteries. Steel and iron from junk cars are commonly used to produce many different products.

Detailed inspection: A recycling facility inspects the car to see if it is more valuable to repair than to recycle. If the repairing looks unprofitable, the recycling facility proceeds with dismantling and recycling. Since these industries usually receive useless vehicles, they dismantle and recycle around 90% of the cars in a junkyard rather than repairing.

Draining fluids and dismantling valuable parts: The recycling facility drains different fluids such as oil, gas, antifreeze, transmission, and brake lubricants and fluids. Operators segregate hazardous liquids and accumulate them for safe disposal. After that, they will filter and reuse the liquids like gas and oil. Then the car engine and transmission are lifted from the car chassis. Removing and cleaning of usable auto parts will come after that. Other components such as tires and batteries are also removed for resale or recycling.

Selling recovered auto parts: Some car parts are reusable as is, to repair other cars while other parts can be sold to auto-part re-manufacturers. The recycling facility may sell these parts through a dedicated used-parts sales component, or directly to local repair operations.

Crushing and shredding: Once all the recyclable car parts—except metals such as iron and steel—are sorted out and stored or sold, all that remains is the car body, which includes different metals and is crushed and shredded into a flat metal chunk. t would be roughly the size of a small microwave oven if the chunk were pressed into a cube.